BBC One
Class of '92: Out of Their League
Main content 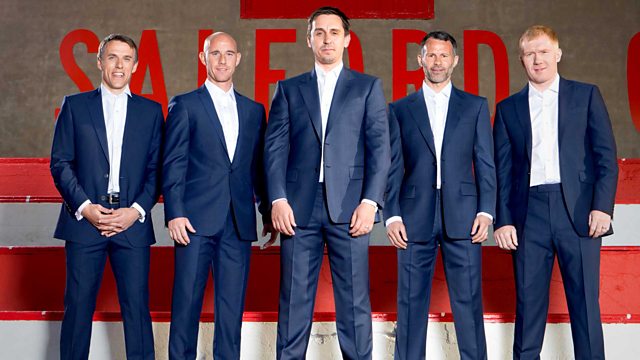 The ex-Manchester United stars known as the Class of '92 buy a football club seven tiers down from the Premier League with a dream of taking it up to the top.

The ex-Manchester United stars known as the Class of '92 are going on a new adventure. They've bought a football club seven tiers down from the Premier League with a dream of taking it up to the top. This new series captures the humour and drama on and off the pitch as Ryan Giggs, Phil and Gary Neville, Paul Scholes and Nicky Butt spend their first season in charge of Salford City F.C, a club run by volunteers with an average gate of 80. With intimate access to the Class of '92, the series captures the closeness of their friendship and their determination to succeed.

In this first episode, reality sinks in. The Class of '92 are shocked to learn that their two managers have holidays during important pre-season matches, the stadium is falling apart, the toilets are a health hazard and their team of part-timers are sometimes late for training. It soon becomes clear that the five ex-professionals have a lot to learn about life in the amateur league.

However, the season gets off to a flying start. Star striker (and male model) Gareth Seddon drops down four leagues to play with his heroes and delivers results, but the bubble soon bursts. Tempers flare on the touchline as Salford's manager is sent off for fighting, and the team drops position.

The first four months are a baptism of fire. The Class of '92 need to save their season, and Scholes and Phil Neville start to coach. But can the team find their winning form again and get the promotion dream back on track?

See all episodes from Class of '92: Out of Their League 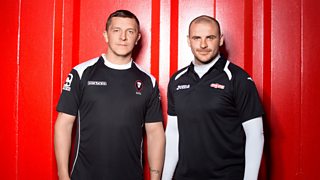 Meet the key players at Salford City FC on and off the pitch.