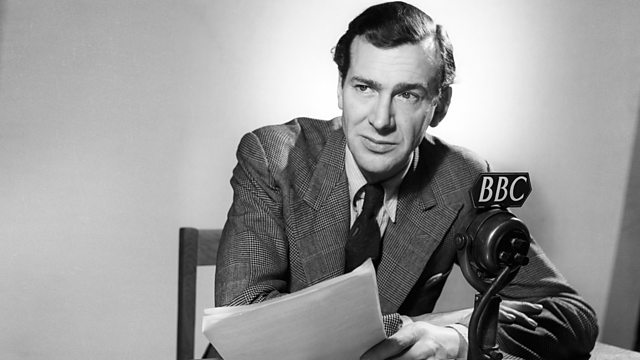 Writer and actor Jonathan Rigby unlocks the vaults of the BBC sound archives to explore the broadcasting career of Valentine Dyall.

He reveals the enduring appeal of Dyall's most memorable character the menacing and creepy raconteur 'The Man In Black' and along the way he lifts the lid on some classic radio horror moments.

* Here Come The Men In Black
Featuring new and exclusive interviews. Actor Edward de Souza, a reincarnation of The Man in Black in the 1980's radio series Fear On 4, talks for the first time about his interpretation of the character.

And the role's latest denizen Mark Gatiss reveals his joy and enthusiasm for portraying radio's most sinister personality. With rare archive of Valentine Dyall.

* Jonathan Rigby's Vault of Horror
Jonathan Rigby is joined by writer Kim Newman and Josephine Botting from the British Film Institute to chart the history of 'The Man in Black', reveal some memorable radio horror stories and get their teeth into why this genre continues to have us shivering under the sheets.

* Fear on 4: The Monkey's Paw
A man makes wishes on a very unusual gift that's been cast with a sinister spell. Stars Oliver Maguire and Trudy Kelly.

* Fear on 4: The Snowman Killing
The Man in Black introduces the snowy mystery of a mother fearing evil in her own home. Stars Edward de Souza and Imelda Staunton.

Made for BBC Radio 4 Extra and first broadcast in October 2015.