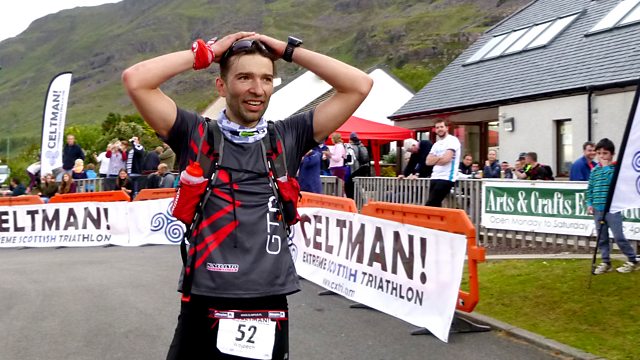 This month's Adventure Show comes from the Torridon, host of the Celtman Extreme Scottish Triathlon - 3,000m of swimming, 202km of cycling and a 42km run to finish.

This month's Adventure Show is in Torridon for the Celtman Extreme Scottish Triathlon. And extreme's the word - it starts with a 3,000 metre open-water swim that's followed by 202 kilometres of biking. The finale is a 42-kilometre run, with an ascent of one of Scotland's Munros thrown in for good measure. Just four years old, it has rapidly established itself as one of Europe's elite events. For most people, just finishing is a major achievement.

Also on the show, a relay team takes on another extreme challenge that could soon become a Scottish classic.