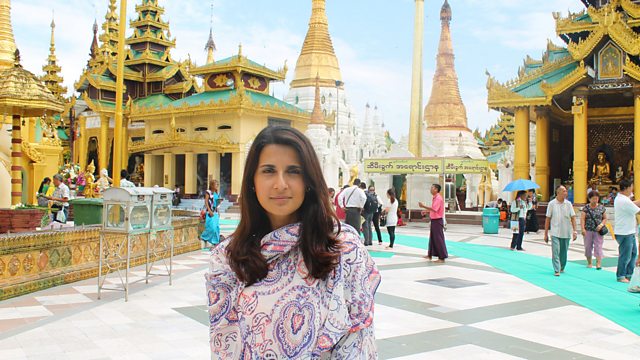 45% of Myanmar's population is 25 or under, giving young adults a key role in the country's first open election in 25 years, to be held on 8th November.

The BBC's Nomia Iqbal spends time with youth radio show Lin Lat Kyair Sin (LLKS or 'Bright Young Stars'). They're running an unprecedented young people's 'Question Time' event, putting the country's young voters face to face with politicians - including a candidate from the military-backed USDP government. It would have been unthinkable just a few years ago, and it's an important chapter in the country's ongoing shift from military rule to full democracy.