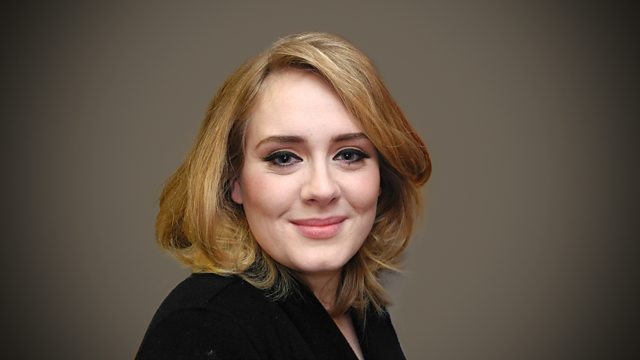 This edition looks at Adele's record-breaking success, the fictional TV drama that put sexual consent to a public vote, self-harm in adults and leather fashion for this season.

What's behind the record-breaking success of Adele and her hit single Hello? Music journalist Jude Rogers discusses what the singer's upcoming album, 25, could mean for her future career.

We discuss BBC Three's Is This Rape? Sex On Trial, a fictional drama about two teenagers at a house party, in which viewers were encouraged to vote on whether a girl was raped or gave her consent. Executive producer Mike Radford and Jayne Bullough from Rape Crisis discuss the programme and its ethics.

Self-harm is often linked to teenagers and young people however a rising number over the age of 30 are affected. Former self-harmer Judith Shaw and helpline co-ordinator Naomi Salisbury discuss.

Leather is Back for Autumn Winter 2015. Real or faux, you'll find it in skirts, Jackets, dresses, even leggings. Stacey Duguid Fashion Director at The Pool.com has tried them all and discusses with the journalist and ex-fashion editor Lowri Turner.

A celebration of Marguerite Patten, Inside the Women and Equalities Select Committee, Brene Brown

Is This Rape? BBC Three Programme