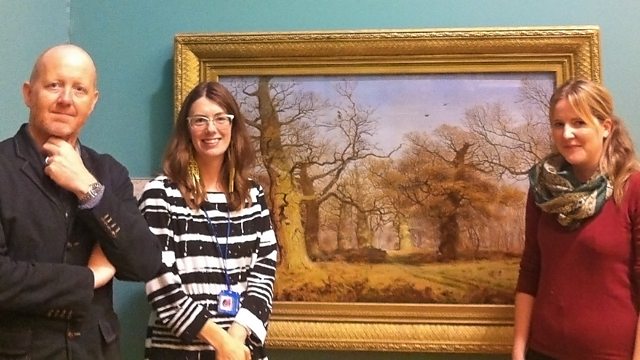 Taking Art to the People

Michael Symmons Roberts discusses the vision of Thomas Horsfall, who set out to transform the lives of those in the poorest parts of 19th-century Manchester through art.

Michael Symmons Roberts on the extraordinary vision of Thomas Horsfall, who set out to transform the lives of those in the poorest parts of 19th Century Manchester through art.

Manchester in the 19th Century was the archetypal industrial city, creating huge amounts of wealth but also containing areas where workers and their families faced living conditions that would have been unimaginable before the Second World War.

Among the very poorest areas was Ancoats and the idea of creating an Art Museum there in a bid to transform the lives of those living nearby was, for its time, extremely radical. But that's what philanthropist Thomas Horsfall did, even though his mentor John Ruskin advised him not to bother, believing Manchester to be too far gone on its road to an industrial dystopia. Horsfall soldiered on regardless and not only created the Museum, allowing locals the chance to see prints by the likes of J.M.W. Turner, but also successfully campaigned to change the law to allow children to leave school premises in order to visit galleries, museums and places of historical interest as part of their education.

As Michael Symmons Roberts discovers, the Museum lasted into the middle of the 20th Century, when post-war planners with a zeal for modernity razed it to the ground.

Now though, a new arts project based in the same area is using the spirit of Horsefall and his vision as the inspiration for a scheme aimed at transforming the lives of young people with mental health issues through their contact and participation in art. Michael meets some of those involved and also explores the city's current museums and archives to find clues about the life and work of the neglected visionary, Thomas Horsfall.