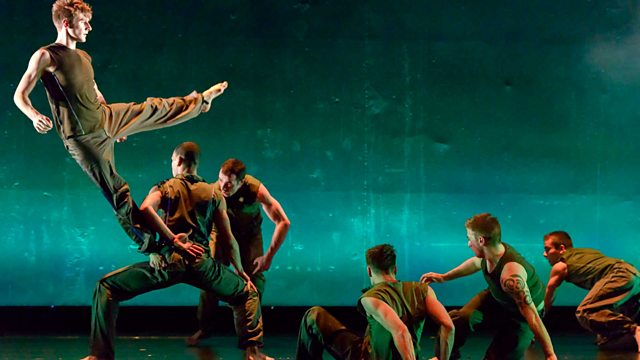 BalletBoyz at the Roundhouse

A behind-the-scenes look at the staging of BalletBoyz's award-winning show Serpent/Fallen at London's Roundhouse in July 2014, with live music from the BBC Concert Orchestra.

July 2014 saw their tour culminate in a special one-off performance at London's iconic Roundhouse featuring, for the first time, live music. Michael Nunn and William Trevitt (creators of award-winning programmes BalletBoyz/Strictly Bolshoi/BalletBoyz: The Rite of Spring) present backstage interviews with the dancers during the show, studio documentary footage of the creation, and brief insights into the evening's many collaborators.