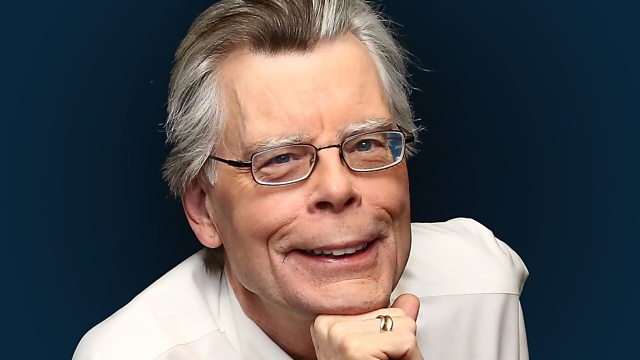 One of the world's biggest selling authors, Stephen King, chooses his favourite songs and talks about what they mean to him; from AC/DC to Jan and Dean.

In this very special show, Stephen King, one of the world's biggest selling authors, chooses his favourite songs and talks about what they mean to him; from his love of AC/DC to appearing on stage with John Cougar Mellencamp, his running buddy.

Stephen King has sold over 350 million copies of his books, many of which have been made into films and TV series. As well as his love of literature, Stephen also owns three radio stations in the U.S. and is a huge music fan. Over this hour, he plays a selection of tracks from his record collection and tells us the stories behind them.

His latest book is a thrilling new collection of short stories called the Bazaar Of Bad Dreams.

There’s a curio for every reader – a man who keeps reliving the same life, repeating the same mistakes over and over, a firework competition between neighbours which reaches an explosive climax, a columnist who kills people by writing their obituaries or a poignant tale about the end of the human race.