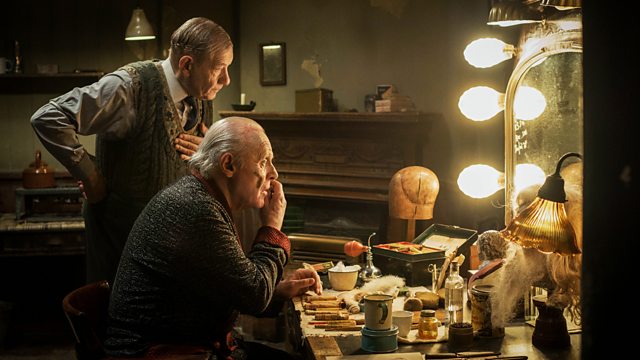 Even though he's banned from making films in his home country, Iranian director Jafar Panahi's film Taxi Tehran won this year's Golden Bear at the Berlin Film Festival. Was this a largely political or aesthetic award?
Ronald Harwood's play The Dresser became an award-winning film in 1983. A new version for BBC TV stars Anthony Hopkins and Ian McKellen
Hampton Court houses just a few paintings from The Royal Collection in The Cumberland Gallery. It's a small sample of the glorious riches The Queen holds in trust for the nation.
David Mitchell's new novel Slade House tells a spooky tale of mindbending, timeslips and soul-stripping.
David Hare's play The Moderate Soprano is about the beginnings of Glyndebourne Opera in the 1930s and its eccentric founder Capt John Christie

In cinemas from 30 October with a limited release