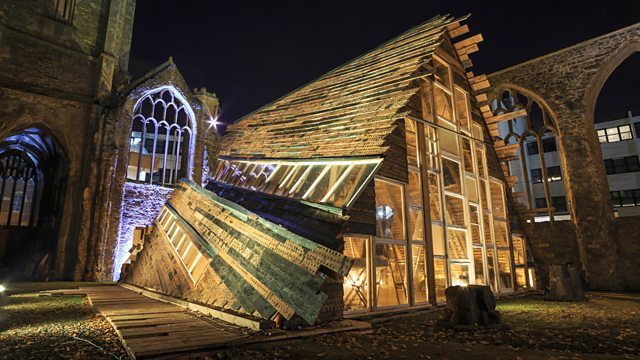 The author of Cloud Atlas, David Mitchell, talks about his new horror-inspired novel Slade House. Inhabiting the same universe as his last book The Bone Clocks, this new 'slim' novel covers a period starting in 1979 and ending this weekend, and began its life as a series of tweets.

The dramatic ruins of a Bristol church is the venue for Theaster Gates's Sanctum. For 24 days there will be performances around the clock - from poetry to a drum and pipe band, choirs to readings - creating 576 hours of continuous sound.

In 1625 the celebrated Baroque composer Francesca Caccini became the first woman to write an opera, La Liberazione di Ruggiero. As Brighton Early Music Festival puts on rare performances of the work, music director Deborah Roberts explains why she is important.

The musician, Sting is auctioning off part of his art collection. Andrew Male from Mojo magazine, takes a look at what a pop musician's taste in paintings can reveal.

Slade House by David Mitchell is available in hardback and e-book now.

La Liberazione di Ruggiero is at the Old Market in Brighton as part of the Brighton Early Music Festival from 5 to 8 November 2015.

Theaster Gates’ Sanctum is at Temple Church in Bristol and will run continuously until 21 November 2015.