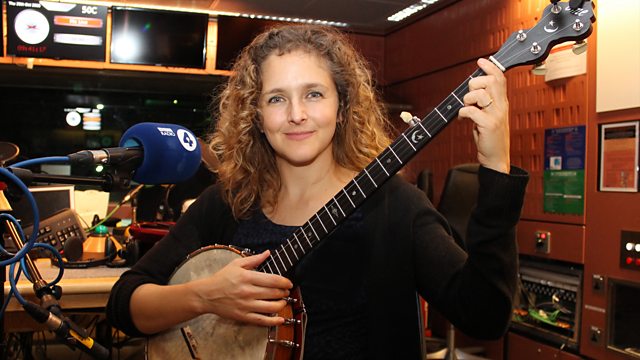 US folk artist Abigail Washburn talks about how her music is helping to promote links between China and the US and plays a track from her latest album accompanied by her husband.

Abigail Washburn is an American folk artist and banjo player . She'll be playing live in the studio alongside her husband, Béla Fleck, ahead of their appearance at the London Jazz Festival in a couple of weeks time.
It's the 20th anniversary for the Women's Prize for Fiction. We've been hearing from each of the Chair of Judges from the last decade talking about their winning novel. Today it's the turn of Helen Fraser to talk about last year's winner, A Girl Is A Half-Formed Thing by Eimear McBride. We continue our series following a young person as she leaves care. Today we catch up with Natalie to see how she's coping living on her own. And author Claire Harman unveils new facts about Charlotte Bronte discovered while researching her new book "Charlotte Bronte, a Life," as she joins Jenni alongside Jolien Janzingn who's behind the novel "Charlotte Brontë's Secret Love".

Priscilla Presley; Is there a gay dialect? Secondary breast cancer