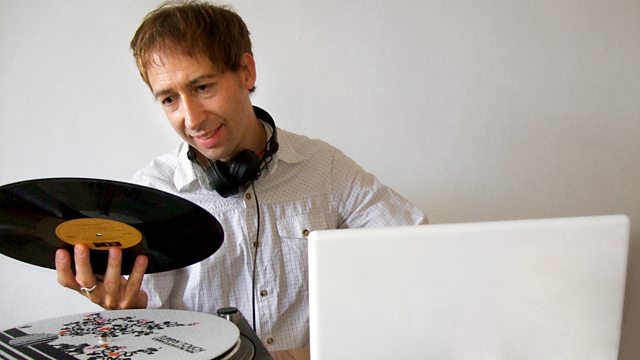 The Collaboration Sessions put two artists who haven't worked together before in the BBC's famous Maida Vale studios - the former ice-rink where Bing Crosby made his last recording. The resulting spontaneous recordings are broadcast on Late Junction, available for one month to download as a podcast and in some cases have led to a continuing projects between the artists.

Masayoshi Fujita is a Japanese vibraphonist and composer based in Berlin who first learned drums, followed by extensive vibraphone training to craft and play his own, mostly jazz and electronic-influenced compositions.

Determined not to stick to traditional vibraphone styles or techniques, Masayoshi started to prepare his instrument with pieces of metal, strips of foil and other objects in the search for new possibilities with the instrument. The resulting new sounds help to expand the vibraphone spectrum without eroding the instrument's intrinsic character.
'Apologues', his new release with Erased Tapes, was lauded by Pitchfork as 'Melodic constellations so impeccably gorgeous that they ache.'

Guy Andrews is a London based musician and music producer who is best known for creating textural electronic music, which combines an array of influences from post-rock, techno, ambient and afrobeat inspired genres. Fans and collaborators include Massive Attack, Mary Anne Hobbs, and Scuba. March 2016 sees his debut release on the Houndstooth label.