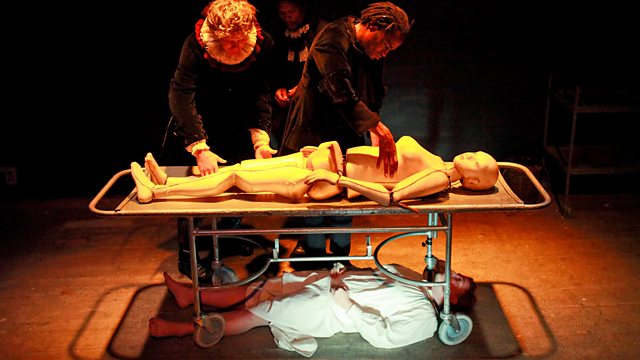 Medical Surgery past and present

Anne McElvoy looks at health systems past and present, as well as how medical advances shape our thinking about our bodies and well being in society.

Anne McElvoy talks to New Generation Thinker and medical historian Alun Withey and former NHS executive Mark Britnell about health systems past and present. She discusses with Abigail Morris of the Jewish Museum an exhibition there exploring the cultural significance of blood and hears from Jane Taylor about her lecture and play exploring a strange but true tale of resurrection which is part of the Being Human Festival of the Humanities running across UK universities. Professor Daniel Pick discusses his research into psychology and remembers Professor Lisa Jardine - whose death was announced earlier this week.

Mark Britnell's book is called In Search of the Perfect Health System and is out now.
Blood runs at the Jewish Museum in London from November 5th - February 28th.
Being Human: a festival of the humanities organised in conjunction with universities across the UK runs from November 12th - 22nd.
http://beinghumanfestival.org/ Several of BBC Radio 3 and the AHRC's New Generation Thinkers are taking part.
Newes From The Dead - Jane Taylor's semi staged lecture is being performed at The Thackray Medical Museum in Leeds on Thursday 19th November.