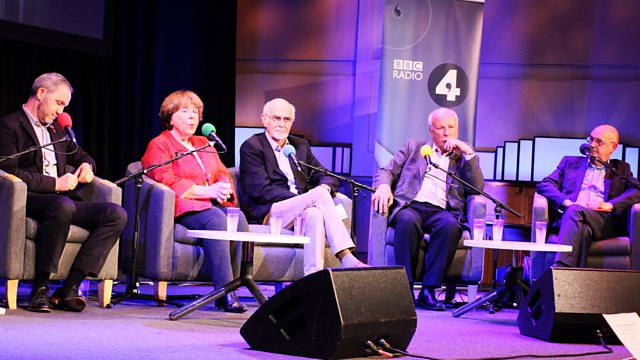 Future of the BBC: The Media Show Debate

As the BBC negotiates its new charter, Steve Hewlett hosts a debate on the future of the corporation - how it is funded, what it does and how it is regulated.

The Media Show's Steve Hewlett hosts a landmark discussion about the BBC's future as the corporation approaches the review of its Royal Charter. The main players from government, regulators, broadcasters and other media will come together to assess how the BBC should be funded, what it should and should not do, and how it should be regulated. Steve and his guests will challenge the evidence, expose the brinkmanship and explore how specific changes could alter the DNA of the BBC. The no holds barred discussion will take place in front of a public audience which will put its own questions to the panel.