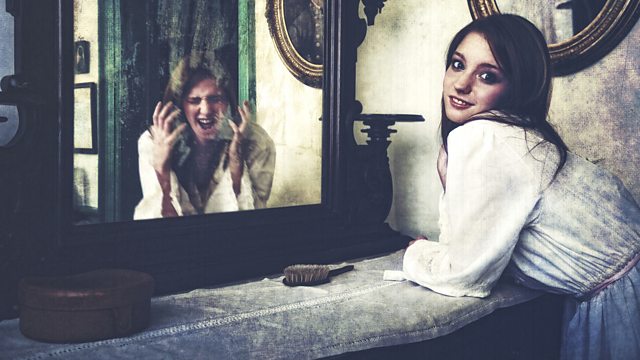 What is it about the idea of the doppelganger that fascinates and repels us in equal measure. Aleks Krotoski explores the uncanny world of the digital our digital doubles.

The online world abounds with doppelgangers, cyber-twins, bots and mind-clones; in this Halloween episode of The Digital Human Aleks Krotoski explores the uncanny world of these digital doubles.

On the most simple level social networks and the now seemingly permanent cult of the selfie means that finding our visual double has never been easier. And its the appeal of this that was the inspiration for Niamh Gearney's website Twin Strangers where people register to hopefully track down their double. Niamh herself has found 3 doubles and she hopes to track down 7 having found that number in researching doppelganger myths.

For artist Daniel Bejar sharing his name with a famous musician has turned the online world into a battlefield for identity an idea he's exploring by changing his appearance to that of his more famous namesake and posting pictures to the web. While for Joanna McNeil she created her own cyber-twin; a bot to share answering her emails and messages. She hoped this would help her understand the ways in which emotion is conveyed online by delegating communication to an algorithm.

Its how the digital world makes doppelgangers of us all that fascinates Sara M Watson; technology critic and affiliate of the Berkman centre for internet and society at Harvard. We catch glimpses of these shadowy digital doppelgangers in ads that don't quite match who we think we are online or in recommendations make us feel uneasy. Its the attempts at personalisation of our digital experiences that she compares to the idea of the uncanny valley of robotics when something is so close to being human that it becomes repellent.

See all clips from Doppelganger (5)

Julian Baggini is a journalist, writer and co-founder of The Philosophers' Magazine.
He talks to us about the philosophy of the ‘the self’, whether it can be said to exist at all, and why the trope of the double is so fascinating, and yet unnerving.

Daniel Bejar is an artist living in New York. One day he began receiving fan email meant for another Daniel Bejar - the singer and songwriter of the Canadian band Destroyer.
When google images revealed they shared some physical similarities Daniel grew out his hair and beard, and began to copy every image of the Destroyer singer that could be found on Google’s Image Search engine, this was the beginning of The Googlegänger.

Niamh Geaney is a Dopplegänger Hunter. This year she made headlines a bet she made with her friends let her to tracking down not one, but two Dopplegängers. After her story went viral she received a flood of emails from people all round the world asking how they could find their own doubles. This lead her to found her website twinstrangers.com.

She tells us about the website, her quest to find her seven doubles which legend has it exist somewhere in the world, and what it was like meeting other women with her face.

Joanne McNeil is a writer interested in the ways that technology is shaping art, politics, and society. She is a 2015 fellow at the Carl & Marilynn Thoma Art Foundation, the recipient of the Arts Writing Fellowship Award to an emerging writer in digital arts.

She tells us about ‘My Cyber Twin and Me’, a project where she created a cyber twin to talk to her friends online, and the uncanny, deeply personal, sometimes troubling responses, her were created by her Dopplegänger .

Sara M. Watson is a technology critic and a Research Fellow at the Tow Center for Digital Journalism. Her work explores how we are learning to live with, understand, and interpret our personal data and the algorithms that shape our experiences.

She talks to us about how the data shadow we leave in the online space can be collected, rebuilt and presented back at us as a Digital Dopplegänger, based on who the internet assesses us to be.

Louise Welsh is an author living and working in Glasgow, known for her gripping psychological thrillers.

She talks to us about the trope of the Dopplegänger in literature, why it remains such a creepy and pervasive presence in our subconscious and reads an exclusive short story about the horror of the double ‘What Bliss It Was’.