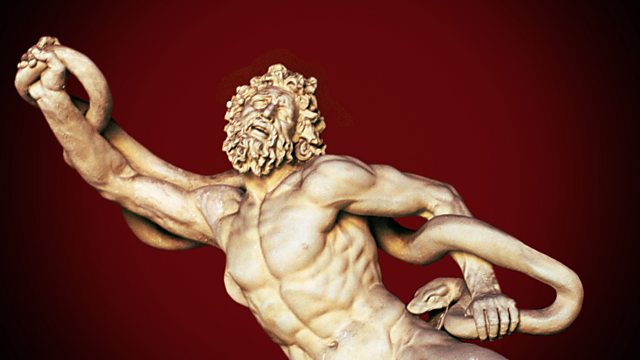 15 Minute Drama How to Survive the Roman Empire, by Pliny and Me
Episode 1 of 5

Pliny the Younger goes shopping for a slave with secretarial skills to help him prepare his letters for publication.

First century Rome was a dangerous place. The Emperor had informers everywhere; no one was safe. One person who survived Domitian's purges was Pliny the Younger. Orphaned at an early age, Pliny was adopted and brought up by his famous uncle, the scientist Pliny the Elder, who died in the eruption of Vesuvius when his nephew was just 18.

In this first episode Pliny and his mother go shopping for a new slave. Pliny wants someone with secretarial skills to help him get his letters ready for publication. His mother has other needs in mind. They choose a man who was captured by the Romans when they invaded Wales and who has learned Latin and Greek from his previous master. Back at the villa the nervous new member of the household meets Doris, the Greek cook, an unsuccessful prophetess who was pipped to the post of Oracle at Delphi by another girl. If Pliny and his household are to survive the snake-pit of Imperial Rome, they must negotiate a political minefield, keep their eyes peeled for spies and most of all, not do anything to annoy the Emperor. Hattie Naylor's drama is based on real letters written by Pliny to his friends and colleagues nearly two thousand years ago.

Produced and Directed by Kate McAll.

Episode 2—How to Survive the Roman Empire, by Pliny and Me