Schedule
BBC Radio 4
A Man's a Man for a' That: Frederick Douglass in Scotland
Main content 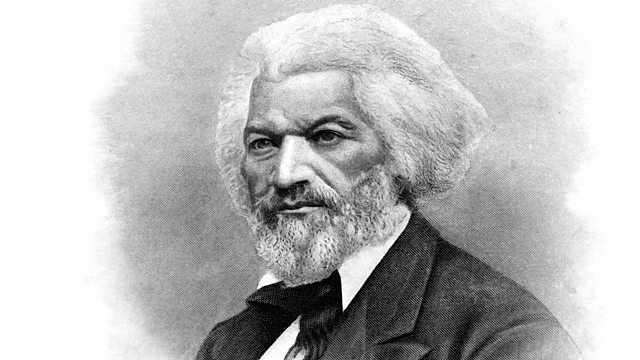 A Man's a Man for a' That: Frederick Douglass in Scotland

Opera singer Andrea Baker, the great-granddaughter of slaves, explores the impact of Frederick Douglass, former slave turned abolitionist, and his time in Scotland.

Opera singer Andrea Baker explores the impact of Frederick Douglass and the time he spent in Scotland, the country which she's made her home. As the great-granddaughter of slaves, she's always been inspired by Douglass, who escaped slavery to become an abolitionist and social reformer but, until now, was unaware of the impact he'd had on Scotland and vice versa.

In this feature, which features Parker Sawyers as the voice of Frederick Douglass, she discovers how Scotland got deep into the veins of Frederick Douglass. When he visited in 1846, he found an expression of freedom denied him in the United States: "in (no) class of society, have I found any curled lip of scorn ... on account of my complexion; not once". He famously stated: "I would unite with anybody to do right and with nobody to do wrong." Is it any wonder then, that he felt a connection with the country that produced the immortal poem 'A Man's a Man for A' That'? Indeed, addressing a white audience at a Burns Supper two years after his visit, Douglass said "if any think me out of my place on this occasion (pointing at the picture of Burns), I beg that the blame may be laid at the door of him who taught me that 'a man's a man for a' that."

It could be said that Douglass' influence on Scotland was equally dramatic. He spearheaded the 'Send Back the Money' campaign - what we'd now call a boycott movement aimed at cutting respectable ties with the American South. The idea was to shame the Free Church of Scotland into giving back Southern donations that came from the blood of slaves. Douglass lectured across Scotland - putting fire in the belly of the Scottish anti-slavery movement at a time when the cause was wilting elsewhere in Britain. Andrea Baker investigates if the money was ever sent back.

What was it about Scotland which so 'freed' Douglass? And did the anti-racist sentiment he espoused seed later Scottish campaigns against slavery and apartheid.