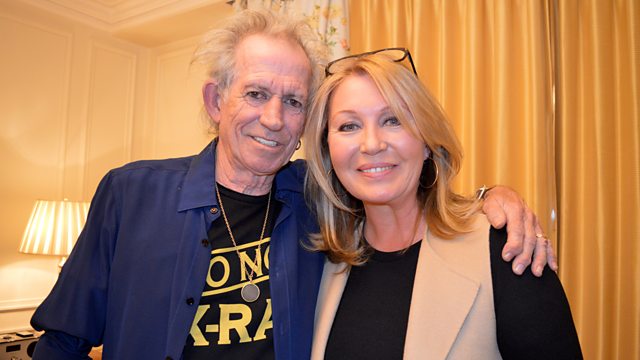 Keith Richards, member of the Rolling Stones, is interviewed by Kirsty Young for Desert Island Discs.

Keith was born in Dartford and grew up as an only child. He and Mick Jagger went to the same primary school, but then lost touch until meeting again at Dartford train station in 1961 and discovering they shared a taste in blues music. Keith picked up his love of the guitar from his grandfather and honed his skills whilst at art college.

If one single, living person could be said to personify rock n' roll then it is surely him. He's been making music and causing havoc for over half a century and counting. His song writing, singing and guitar playing have helped to make The Rolling Stones a stratospherically successful group and his early and single minded dedication to the triumvirate pursuits of sex and drugs and rock and roll made him a counter-culture icon.

No surprise then that as a boy he would go to sleep at night with his arm around his first guitar.

See all clips from Keith Richards (2)