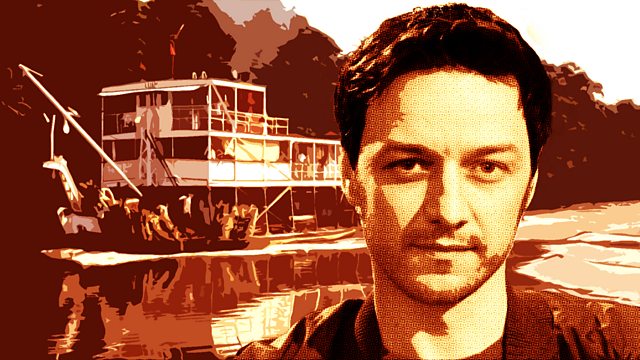 Orson Welles' unproduced screenplay of Conrad's celebrated novel tells the story of a skipper who is hired to take a steam ship up the Congo River and encounters a terrifying evil.

It's the 1890s and Mr Kurtz, one of the senior agents of an Ivory trading company, has disappeared.
Marlow, a skipper, is hired to take a steamship up the Congo River to find him. But the further he and the other company men travel up river, the greater the sense of impending danger, and the more disturbing the rumours that begin to circulate about Kurtz.

But truth is more terrifying than any of them imagined.

Heart of Darkness is part of Unmade Movies, a season of radio adaptations of unproduced screenplays by the major authors of the 20th century - including Harold Pinter, Arthur Miller, Orson Welles, Alfred Hitchcock and Ernest Lehman.

Orson Welles wrote this screenplay in 1939, with the intention of directing and starring as both Marlow and Kurtz. After founding the Mercury Theatre in 1937, his celebrated production of Julius Caesar and his radio adaption of The War of The Worlds established him as a major talent. RKO Pictures then signed a deal with him to produce his first feature film. Welles intended this to be Heart of Darkness but the script proved to be too audacious for them - and his second script, Citizen Kane, was greenlit instead.

A Screenplay by Orson Welles from the novel by Joseph Conrad
Adapted for Radio by Jamie Lloyd and Laurence Bowen
Music by Ben and Max Ringham
Sound Design by Wilfredo Acosta
Directed by Jamie Lloyd
Produced by Laurence Bowen
A Feelgood Fiction production for BBC Radio 4.