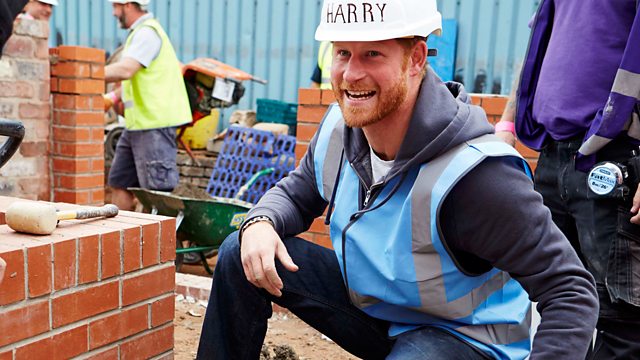 Nick Knowles and the DIY SOS team are back for a two-part special with their most ambitious build ever, and this time they are joined by two special royal helpers. The team are taking on a whole street in Manchester and turning run-down empty properties into homes for veterans.

The team rally the local community to get stuck in and are also helped by Prince William and Prince Harry, who volunteer on site. In this show, the trades come together to build homes for two former soldiers who fought in Iraq and Afghanistan and are suffering from post traumatic stress disorder (PTSD), before also helping them to find new careers in the building trade.

But with numbers of volunteers lower than what's needed and the buildings proving trickier than anticipated, it's turning into the toughest build yet.

See all clips from Homes for Veterans, Part 1 (5)