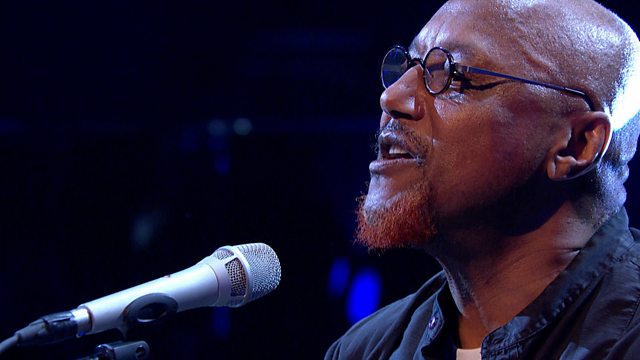 Joining Jools this week and returning to the Later studio for the first time since his debut in 2012 is North Yorkshire soul sensation John Newman, who will be performing tracks from his long awaited second album Revolve, including his latest track with legendary American R&B singer and The Gap Band frontman Charlie Wilson. Making their debut on the show are Nottingham duo Sleaford Mods whose unique brand of post-punk hip hop has won them critical acclaim and a reputation as 'the angriest band in Britain'. Chatting to Jools this week we have legendary songwriter Burt Bacharach, whose extensive songbook has been reinterpreted into a hit musical entitled Close to You. Manchester-based four-piece Everything Everything released their third album Get to Heaven back in the summer of 2015 to rave reviews and chart success and they'll be performing tracks from that. From the US comes Georgia-born jazz and rhythm 'n' blues singer-songwriter Lizz Wright, who last performed on the show 10 years ago and returns with numbers from her autobiographical fifth album Freedom and Surrender which has recently topped the US jazz charts. And from Dublin, Irish folk quartet Lynched, whose debut album Cold Old Fire reinvigorates the tradition of Planxty and The Dubliners with their musical vigour and vernacular honesty. British singer-songwriter and poet Labi Siffre performs again after a 16-year-break. The man who describes himself as an 'atheist poet musician liberal social-commentator' plays a couple of his classic songs, including his 1987 hit Something Inside So Strong.