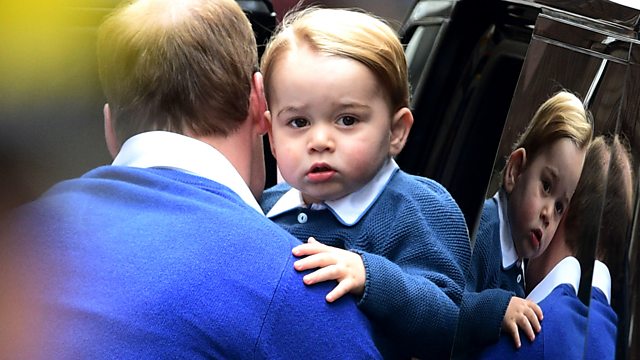 Will George Be King?

With a republican as leader of the opposition, Edward Stourton asks how long the monarchy can endure with British society in a state of flux.

Edward Stourton examines the long-term prospects for the British monarchy as an avowed republican becomes leader of the opposition. At least eighty per cent of the population affirm their belief in the institution, opinion polls suggest - a figure that has remained remarkably constant since the Queen, now the longest serving monarch, ascended to the throne. But how can we be sure that this support and the institutions that underpin the monarchy will remain by the time her great-grandson becomes King?

Within two or three generations the constitutional make-up of Britain could look very different. Could the monarchy withstand a series of upheavals such as the disestablishment of the Church of England, Scottish independence, a weakening of Britain's links with the Commonwealth and reform of the House of Lords (along with the remnants of the hereditary principle)? What if the institutional foundations on which the monarchy rests change irrevocably or disappear altogether? By the time Prince George is likely to become King, in the latter half of this century, social attitudes may have changed considerably. Is it safe to assume that the monarchy will survive? And what will attitudes towards this institution say about wider changes across British society?