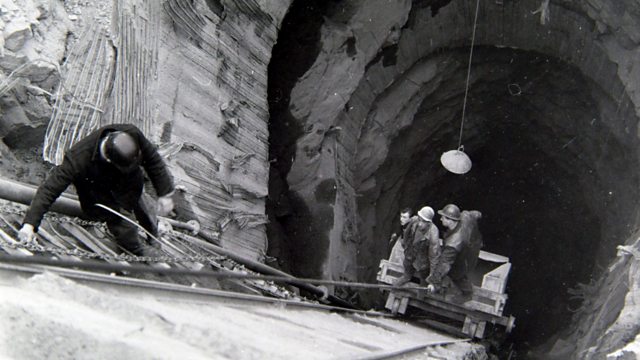 Repertoire for a mountain by Maria Fusco, recorded live inside Scottish Power's Cruachan Power Station, sited deep inside one of the highest peaks on the West coast of Scotland.

Master Rock is a repertoire for a mountain, conceived and written by Maria Fusco, and recorded live inside Cruachan Power Station, sited deep inside one of the highest peaks on the West coast of Scotland.

Master Rock is a story composed of three voices and the sound of the mountain, which will be played by French composer Olivier Pasquet.

Created through brutal blasting procedures and pioneering technologies, Cruachan Power Station was opened by Queen Elizabeth II on 15 October 1965. Since winning a commission from Artangel and Radio 4, Fusco has immersed herself in the history of this extraordinary site, researching the power station's own archive, talking with the people involved in its creation 50 years ago and making field writings in the site.

Master Rock is a result of that work and tells the story of the mountain.

One of the voices in Master Rock is a Tunnel Tiger, one of the Irish explosive experts who emptied out the mountain so that the power station could be built one mile beneath the newly dammed Cruachan reservoir. Another is the ancient obdurate granite itself, the 450 million year old hard rock of Ben Cruachan. The third voice is Elizabeth Falconer, an unknown artist who made the huge mural inside the turbine hall of the power station.

This is the recording of a live performance, staged within the cavernous interior of the mountain.

See all episodes from Open Art