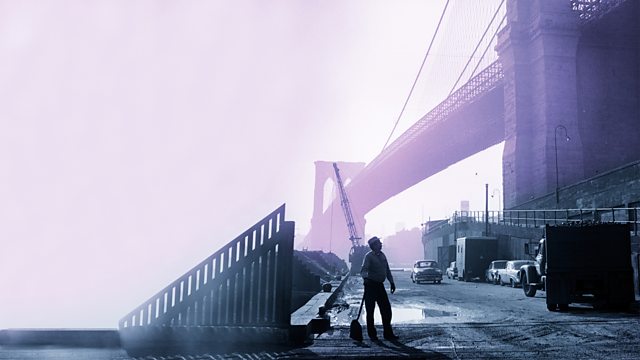 Arthur Miller’s unproduced screenplay tells the story of a 1950s Brooklyn longshoreman who is fired for standing up to his corrupt union boss, but decides to fight back.

The world broadcast premiere of Arthur Miller’s unproduced screenplay tells the story of a 1950s Brooklyn longshoreman who is fired for standing up to his corrupt union boss, but decides to fight back by standing for union president.

1951. The Brooklyn Docks. Dawn. Hundreds of longshoreman queue in line to see if they’re going to be given a counter and picked for work in that day’s gang. It’s dangerous work, but with a hierarchy of corrupt union bosses all taking backhanders above them, they have no option but to accept.

The Hook is part of a season of radio adaptions of unproduced screenplays by the major authors of the 20th century - including Harold Pinter, Arthur Miller, Orson Welles and Ernest Lehman.
Arthur Miller developed the script for The Hook with Elia Kazan and it was on the trip to LA to pitch it to Harry Cohn at Columbia Studios that he met Marilyn Monroe for the first time. Cohn asked Miller to change the script and turn the corrupt union bosses into communists. Miller refused and the screenplay was shelved. He and Kazan then fell out over Kazan's testimony to McCarthy's House of Un-American Activities Committee. Kazan went on to make On The Waterfront and Miller wrote A View From The Bridge, essentially reworkings of The Hook.

This radio adaptation is directed by Adrian Noble. During his career Adrian has received over 20 Olivier Award nominations both as artistic director of the RSC and as a freelance theatre director.

See all clips from Unmade Movies: Arthur Miller’s The Hook (2)