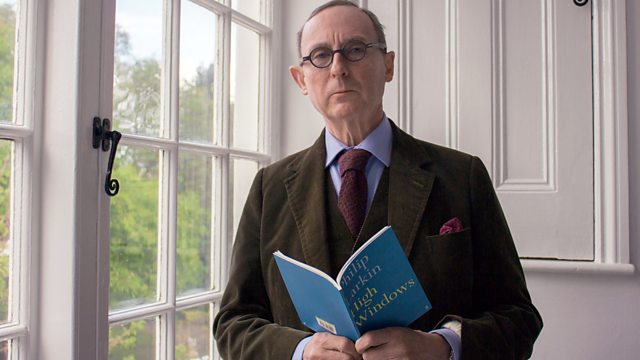 Writer and critic AN Wilson revisits the life and work of poet Philip Larkin. Featuring readings by Larkin himself, including The Whitsun Weddings, Arundel Tomb and Aubade.

Writer and critic AN Wilson revisits the life and work of one of the greatest English poets of the 20th century, Philip Larkin - a poet soon to be honoured with a place in Poets' Corner at Westminster Abbey.

Wilson traces Larkin's life from his childhood in Coventry, through to his student days at Oxford and then his adult years working in university libraries, whilst writing some of the best-loved and notorious poems in the English language.

Wilson, who knew Larkin in his later life, remembers memorable encounters with the poet and this personal connection helps him to reveal a complex man with a complicated, and at times tortured, private life. As part of this candid exploration into Larkin's life, Wilson confronts the allegations of racism, bigotry and misogyny that emerged following the publication of his Selected Letters and authorised biography, and which have dogged his posthumous reputation.

However, Wilson concludes that it is Larkin's poems, not his faults, that have survived. Featuring readings of his work by Larkin himself, including the greatness of The Whitsun Weddings, Arundel Tomb, Church Going and Aubade, Wilson argues that Larkin spoke for Britain between the 1950s and 1970s perhaps more than any other writer.

See all clips from Return to Larkinland (3)