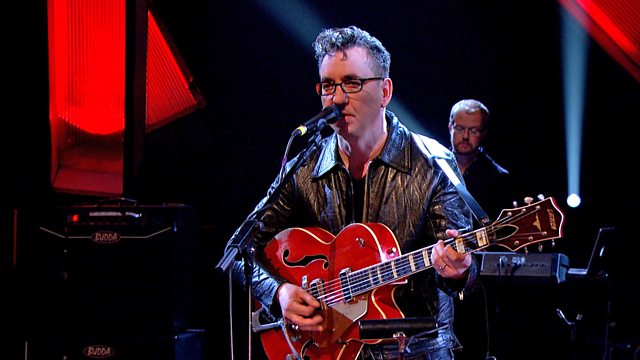 Jools welcomes another magical combination into the Later studio for one night only. Sheffield's Richard Hawley returns with songs from Hollow Meadows, his eighth solo album and another widescreen blend of melancholy and autobiography. Canadian teenage newcomer Alessia Cara sings like an old soul on her global breakout hit Here - a meditation on a party where she doesn't fit, that has the melodic appeal and early wisdom of Lorde. Sir Tom Jones returns with just a guitarist to introduce his third stripped-back album with producer Ethan Johns, Long Lost Suitcase, including his take on Gillian Welch's Elvis Presley Blues. Born in Tanzania and raised in New Cross, Tiggs Da Author explodes onto the show with pop hooks and a reggae undertone and an ever present smile premiering debut single Georgia, which samples Bobby Bland's Northern Soul classic Shoes, and John Grant returns to the show with songs from his third solo album Grey Tickles, Black Pressure, which has his usual melodic grace, a synth pulse and his unflinching take on the foibles both of himself and others. Making her TV debut is east London Electro-R&B singer Cherie Jones who just goes by the name of Jones.