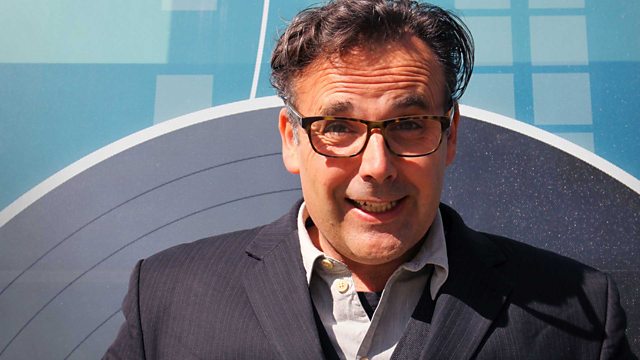 A witty, fact-packed A-Z of evolution, via stand-up and sketches. With Claire Price and Jenni Murray. From October 2015.

One of Britain's finest comedians, Rob Newman, with a witty, fact-packed series mixing stand-up and sketches, challenging notions of Survival of the Fittest and The Selfish Gene with a new theory that's equal parts enlightening and hilarious.

Rob is our guide on a journey through a unique audio A-Z of nature that takes in everything from altruistic amoebae and dancing squid to Richard Dawkins wrestling naked with a postal worker.

Piecing these fragments together allows Rob to correct some major distortions of Darwinism, as well as rejig the theory of natural selection in the light of what we now know about epigenetics, mirror neurons and the Flintstones.

Written by Rob Newman
Starring Claire Price, with Jenni Murray as the voice of the Encyclopaedia.

See all episodes from Rob Newman