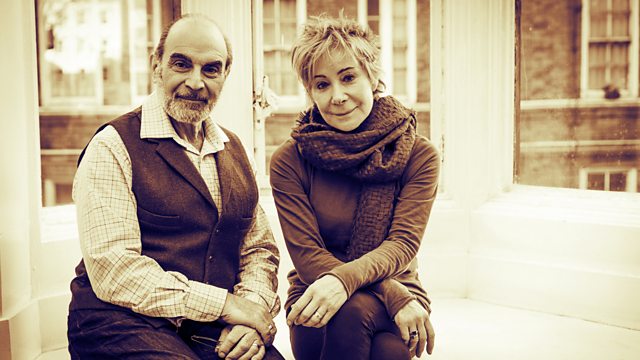 Death of a Salesman, by Arthur Miller

David Suchet and Zoe Wanamaker star in a new production of Arthur Miller's 1949 play about the American dream, directed by Howard Davies.

David Suchet, Zoë Wanamaker and director Howard Davies, who all won awards for the sell-out production of Arthur Miller's All My Sons in the West End in 2010, reunite to create a new production for Radio 3 of Miller's 1949 classic about the American dream and his second big Broadway success. The original won The Pulitzer Prize for Drama and the Tony Award and Critics' Circle Award for Best Play. This new radio production is part of the celebrations across BBC Radio 3, 4 and 4 Extra to mark the centenary of the birth of one of the most important American playwrights of the twentieth century.

Willy Loman is a 63-year-old travelling salesman worn out by a life on the road. His wife Linda has supported him throughout and borne him two sons, Biff and Happy. Biff is working away and has returned home for the first time in years, so the whole family are reunited. But there is a secret between Willy and Biff, which has destroyed what was a mutual hero-worshipping relationship when Biff was a star athlete in High School, and still haunts them both.

A Watershed production for BBC Radio 3.

Being Human (The Debate at Valladolid)

A View from the Bridge 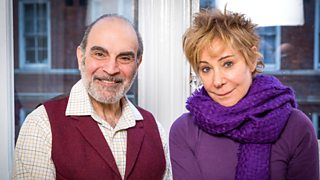