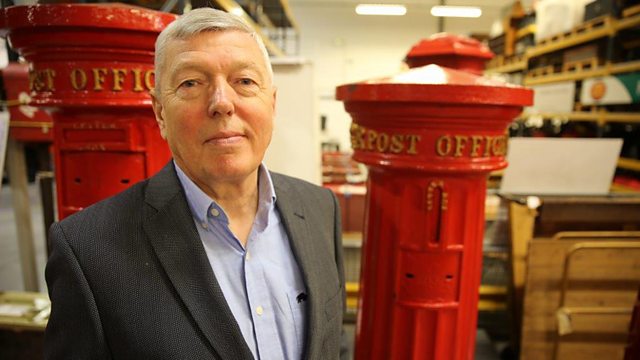 Alan Johnson MP tells the story of 500 years of the Royal Mail. As a former postman, Alan brings his unique personal perspective to this fascinating slice of social history.

Alan Johnson MP (and former postman) tells the story of 500 years of the Royal Mail, and discovers how the humble British postal system changed the course of British history. Alan started out as a postman in London when he was 18, in 1968. He would eventually rise to become general secretary of the Communication Workers Union before being elected as an MP. So the post office changed his life, and set him on the path to parliament.

In this film, he explores the rich history of this great institution, and reveals how it has been a force for progress in British society. The British post office led the world in creating a cheap, accessible mail system. This was the first true revolution in mass communication, and it changed society.

With the invention of the stamp - the famous Penny Black - in 1840, ordinary people could suddenly afford to write to each other. Businesses thrived thanks to mail order. And the volumes of mail skyrocketed - creating a postal system that would at its peak employ 250,000 people.

To tell this story - and to find out how the Royal Mail is adapting to the 21st century - Alan travels back in time to his old rounds, and into the future at a giant automated sorting office. He is given an exclusive tour of the Queen's private stamp collection to see the most precious Penny Blacks in the world. He takes a ride on a Travelling Post Office - one of the mail-sorting trains that used to criss-cross the nation through the night and that were immortalised in the film Night Mail.

He ventures beneath the streets of London to see the remains of the Royal Mail's secret underground railway, and he meets some 21st-century postmen and women to find out how the job has changed since he was doing it back in the 1960s.

Alan loved being a postman. But in the age of email, is there a future for the post?

See all clips from Alan Johnson: The Post Office and Me (2)