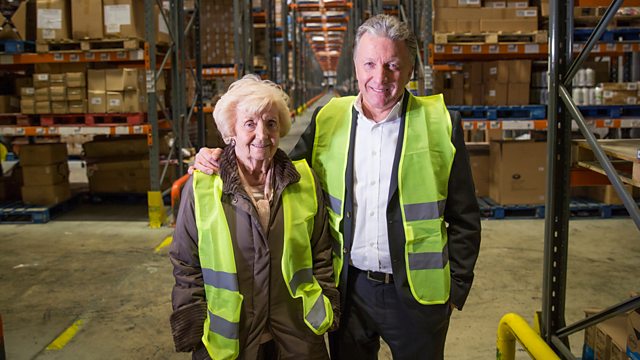 Poundworld boss Chris went into partnership last year with his former rival, Poundland founder Steve Smith, to launch an online pound shop. After six months, their business relationship has ended. Steve might think that Chris has turned his back on online retail, but he'd be wrong. Instead, Chris has decided that Poundworld should go solo, and is launching a brand new website, poundworldplus, with his in-house team.

Online retail sales in the UK are set to hit 57 billion by 2018, so Chris and his team have to crack the market before they're left behind. Helen and her team have the task of setting up the website. There's so much to do and so little time, and with last year's failed venture in the back of Helen's mind, the pressure is on. They have to measure each of the thousands of products they'll be selling on the website, then photograph them and give a description. With six thousand products to list, the size of the task is growing day by day for the five members of the online team. As a result, they make a drastic decision to delay the website launch.

But the rival website, Here for a Pound, is suddenly expanding rapidly, with a whole new facelift - financed by none other than Chris's old online business partner and the founder of Poundland, Steve Smith! He's jumped ship and decided to go into business with Donna and his son, leaving the likes of Poundworld behind. A battle is brewing in cyberspace, and it's personal, very personal.

Poundworld's website needs to be vigorously tested before the public can start shopping, and Alice has agreed to be their guinea pig. It's not familiar ground for Chris's mum, but she soon gets the hang of it. With one 87-year-old keen to start shopping, there could be legs in the online market for Poundworld. But whilst they're still waiting to launch, their main rivals are planning to expand even more...

Chris lives by the maxim of 'if you look after the pennies, the pounds will take care of themselves'. Every business loses money through so-called 'shrinkage' - breakages, failed deliveries, shoplifting and staff pinching. Chris wants to reduce his annual seven million pound bill for shrinkage, so he employs his own Man in Black. The private investigator's identity is on a need-to-know basis, which gives him the edge when catching staff crooks. Some are prepared to risk their jobs and reputations to avoid paying a pound for products they want - with chocolate, batteries and body spray being the most commonly stolen items. We follow the investigator going undercover to catch those who are taking more than just a paycheck home from work.

Britain's biggest pound shop chain, Poundland, suddenly launches a shock bid to buy the second largest fixed-price chain in the UK - 99p Stores. Desperate not to have his shops dramatically outnumbered, Chris is considering his own investment mega-deal so he can compete. Chris and his family have built their retail empire over 45 years, but now they've had an offer from investors to buy a majority stake in the business. It's a deal that values the company at £150 million. But does this mean that, for the first time in his life, Chris will no longer be his own boss? Whatever the future holds, having built a major high street chain from a single market stall in Wakefield, Chris and his mum Alice are unlikely to be taking it easy any time soon.

See all clips from Battles in Cyberspace (2) 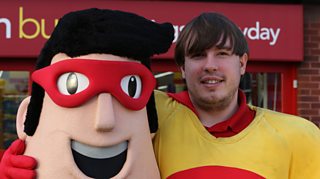 Meet the people competing your business in Pound Shop Wars.