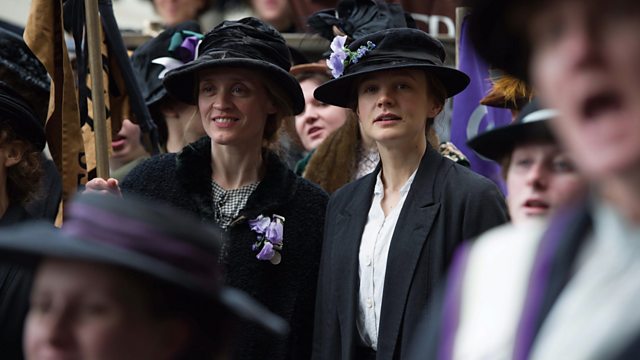 James Fenton discusses his career as a poet and journalist ahead of collecting the PEN Pinter Prize 2015 in a ceremony tonight. New Generation Thinker Naomi Paxton researches the plays performed by Suffragettes. She offers her verdict on the film Suffragette, starring Meryl Streep, Helena Bonham Carter and Carey Mulligan. And Margaret Thatcher left Downing Street 25 years ago. Anne McElvoy is at the Conservative Party Conference in Manchester to discuss her legacy with her official biographer, Charles Moore, and Conservative MP, Kwasi Kwarteng.

Margaret Thatcher: The Authorized Biography, Volume Two: Everything She Wants by Charles Moore is published by Allen Lane.
Thatcher's Trial by Kwasi Kwarteng is published by Bloomsbury.

James Fenton has made a selection of his poems published under the title Yellow Tulips: Poems 1968 - 2011

The PEN Pinter Prize is awarded annually to a British writer or a writer resident in Britain of outstanding literary merit who, in the words of Harold Pinter's Nobel speech, casts an 'unflinching, unswerving' gaze upon the world, and shows a 'fierce intellectual determination ... to define the real truth of our lives and our societies'.