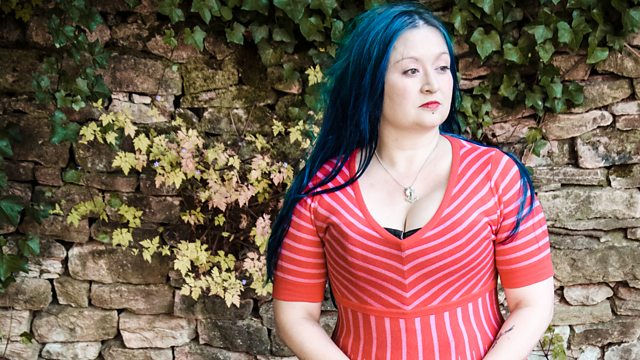 Folk singer Eliza Carthy visits Chetham's Library in Manchester to find out about 19th-century broadside ballads and to see if she can find a new song to perform.

The folk singer Eliza Carthy visits Chetham's Library in Manchester to find out about nineteenth century broadside ballads, and to see if she can find a new song to perform. She is joined by Andrew Biswell, Professor of English at Manchester Metropolitan University, who is an advocate of the cultural value of the ballads, which were printed on a single sheet and sold on the streets of Manchester. She meets Michael Powell, Librarian of Chetham's Library, which is one of the oldest public libraries in the English-speaking world, and he tells her more about the collections of ballads there. Many of the ballads reflect the Irish community in Manchester and she goes to the site of Little Ireland with Professor Brian Maidment to find out more about the conditions there. Eliza also has a go at printing a ballad herself, with help from Graham Moss at the Incline Press in Oldham. She talks to Jennifer Reid, the self-styled 'pre-eminent broadside balladress of the Manchester region', who has collaborated with the artist Jeremy Deller. Jennifer and Jeremy describe their work on his exhibition at the recent Venice Biennale which includes some of the ballads. Eliza asks her guests about their favourites then chooses one of her own to sing.

An image of a nineteenth century broadside ballad seller in Manchester

Part of the broadside ballad Manchester’s an Altered Town

Printed by Eliza Carthy on a treadle press at the Incline Press in Oldham.