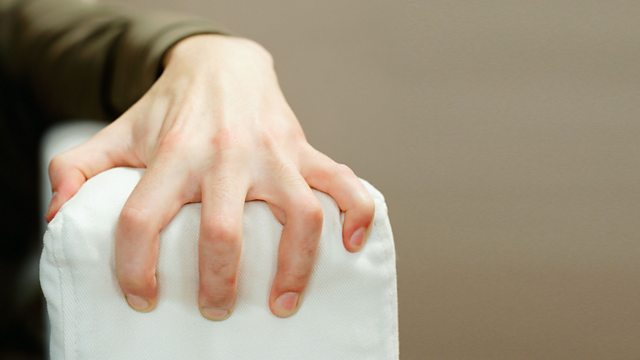 Hell Is Other People: A Self-Help Guide to Social Anxiety

Performer Byron Vincent is unfazed when entertaining an audience but is terrified of making conversation with strangers. Can he overcome his paralysing fear of social situations?

Performer Byron Vincent is unfazed when entertaining an audience but is terrified of making conversation with strangers. He embarks on a quest to overcome his paralyzing fear of social situations.

Social anxiety - the fear of social interaction with others - is the most common anxiety disorder. Byron has a bad case of it. Like many people has been held back from enjoying or getting involved in situations he would have liked to.

For those who live with social phobia, life can be a litany of missed opportunities, of people assuming a lack of saying something denotes a lack of something to say. So he's decided to tackle his stranger danger head on and beat his social anxiety. On a journey of trial and error via Californian tranquility gurus, life coaches, fellow 'panickers', dinner parties, the barbers' chair and more, Byron hopes that the mortal dread induced by social interaction will become a thing of the past.