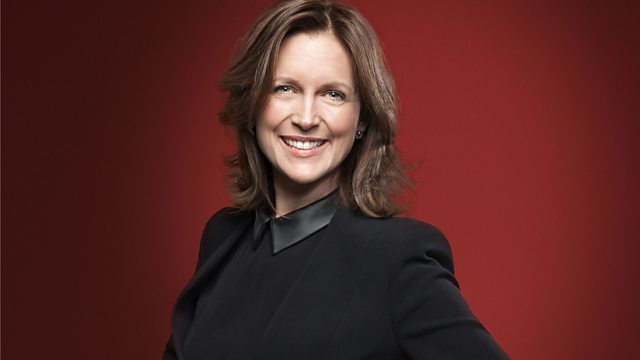 Katie Derham presents a performance of Lalo's four-act La Jacquerie given at the 2015 Montpellier Festival. With Veronique Gens and Charles Castronovo.

Set in late-medieval France, the young Robert falls in love with Blanche, daughter of the local lord, while a bloody peasant revolt takes place. He places himself as protector between her father and the disenfranchised people, but he is pursued and attacked by the crowd.

Lalo's admiration for Wagner is clear in this concise 4-act drama. He left it unfinished but it was completed by his collaborator Arthur Coquard.

ACT I. The year is 1358, near Beauvais, in the village of Saint-Leu-de-Cerent; on the horizon sits the feudal Castle of Ste. Croix.

The Count de Sainte-Croix is preparing to marry his daughter, Blanche, to Baron de Savigny, but he wants his peasants to provide the dowry for his daughter. The peasants are told of the Count’s plans by his Seneschal which naturally infuriates them. They protest and Guillaume, a woodcutter, rallies the peasants to revolt against the Count’s wishes. The peasants, calling themselves the Jacques, then start to plan for a leader of the revolt, and they soon decide on Robert the son of the farmer’s wife, Jeanne. Robert is away in Paris.  A fanfare breaks up the meeting as it announces the arrival of the Count de Sainte-Croix, The peasants disperse, agreeing to meet again that same evening in the forest.

ACT II. A clearing in the woods.

Night has fallen and the farmers and peasants have gathered. They swear to rise up and revolt against their oppressors and fight to the death to escape their serfdom. Robert, having arrived from Paris, ignites their courage, but to Guillaume, who cries "Vengeance and death!" he replies, "No!" it must be Loyalty, Mercy and Justice!” As everyone is cheering for Robert, Jeanne, his mother, arrives telling them she opposes their plans. Jeanne then relents after a lengthy discussion with Robert, who persuades her that what they are doing is right. As she kneels at the foot of the cross imploring the Virgin Mary to favour her son, everybody worships God and sings the Stabat Mater.

ACT III. The castle of the Count de Ste. Croix.

A party is in progress at the Castle of the Count de Sainte-Croix, but it is interrupted by a growing noise from outside. The Jacques, under their leader Robert, are rushing to the Castle, ransacking everything in their way, to threaten the Count. The Jacques want to impose their conditions on him but he refuses with insulting contempt. A riot then begins. Blanche de Sainte-Croix, attracted by the noise, seeks her father as a masked Guillaume kills him with an axe. Blanche arrives too late to save him and cries that she wants to die with him. As Guillaume prepares to strike her, Robert recognizing her as the young girl who, in Paris, saved his life in a riot where he was wounded, protects and defends Blanche. He risks being seen as a traitor in the eyes of his family as those in the riot continue to pillage the castle.

ACT IV. A chapel in ruins, in the middle of the forest.

The local Lords organise themselves and start to turn the tide against the Jacques, finally crushing the uprising whose members flee in defeat. Blanche leaves with Jeanne, and the two women lament, one for the death of her father, the other for her son, who is missing. While Jeanne departs to find news, Robert arrives looking for Blanche. He wants to see her one last time. She argues with him for having killed her father, but he defends himself with indignation for this crime he did not commit, telling Blanche he loves her. Guillaume (who has in the previous act killed Count de Saint-Croix) soon arrives and accuses Robert of treason. Realising she will soon die, Blanche de Sainte-Croix realises her love for Robert and tells him. The Jacques soon arrive, but when they seize the two lovers, the Lords arrive to rescue Blanche. In the commotion, Guillaume has time to attack Robert plunging a dagger in the heart and, seeing the man she loves fall dead, Blanche vows to retire to a monastery.