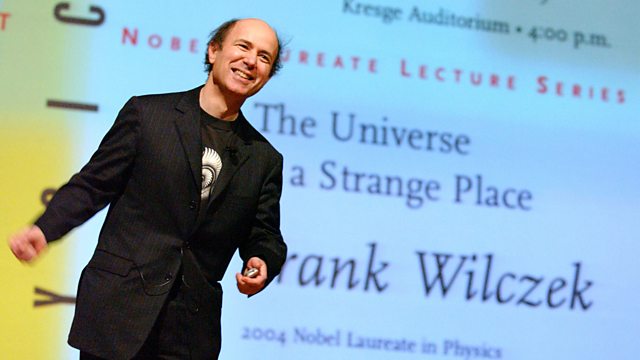 As part of Radio 3's Why Music? weekend, Michael Berkeley talks to the Nobel Prize-winning physicist Frank Wilczek. Frank Wilczek was brought up in Queens, New York, the son of a radio repairman. By the time he was a teenager it was clear that he was a mathematical prodigy. By the time he was 21, he was doing the ground-breaking research which won the Nobel Prize in Physics in 2004. He's currently Professor of Physics at the Massachusetts Institute of Technology and he has a great mission to explain his work to a general public. He's intrigued by questions which have as much to do with philosophy as mathematics; his latest book explores beauty, including the beauty of art and music. Why are we so drawn to harmony? Is there in fact a 'music of the spheres' all around us, which we're not able to hear but which particle physics can detect?
In Private Passions, Professor Wilczek talks to Michael Berkeley about the 'deep geometry' of the world, and how this beautiful symmetry is revealed in music. He describes vividly the excitement of the scientific research which brought him the Nobel Prize: sleepless nights, skipped meals, too many cigarettes - and then the ideas which came to him while he was lying in the bathtub. A true Eureka! moment.
Frank Wilczek is a keen piano player and accordionist, and plays drums in a rock band. His music choices include Bach, Beethoven, Mendelssohn, Mozart, Queen, and Gilbert and Sullivan's opera - for which he has written some alternative comical lyrics celebrating the Hadron Collider.