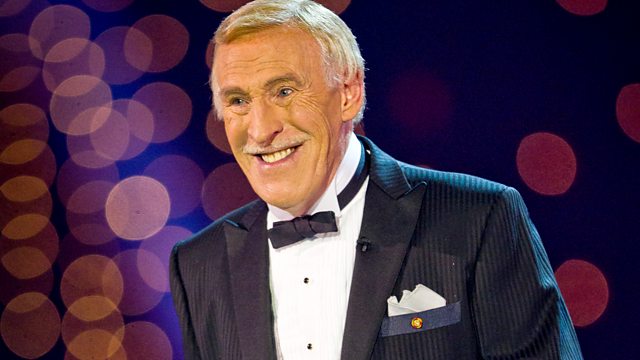 Tim Angel OBE runs Angels Costumiers which has been dressing the entertainment business for 175 years. The company has supplied costumes for television, theatre and film productions from Chitty Chitty Bang Bang and Star Wars to The Iron Lady and Morecambe and Wise. The exhibition, Dressed by Angels, tells the history of the costumier and features bespoke costumes made for Fred Astaire, Noel Coward, Judi Dench and Cate Blanchett. Dressed by Angels - 175 Years of Costumes is at the Old Truman Brewery, London E1 6QL.

Legendary entertainer Sir Bruce Forsyth has presented the BBC's Strictly Come Dancing, The Generation Game and Sunday Night At the London Palladium. His career has spanned eight decades and is recognised by the Guinness World Records book as the longest TV career of any male entertainer in the world. Strictly Bruce - Stories of My Life, is published by Bantam Press.

Frederick Forsyth CBE is a former journalist and author, best known for his thrillers including The Day of the Jackal; The Dogs of War and The Odessa File. In his new book The Outsider, he writes about his own life from becoming a fighter pilot to covering the Biafran War as a foreign correspondent and spying for British Intelligence in the 1960s. The Outsider - My Life In Intrigue is published by Bantam Press.

Louise Tiplady is a stonemason and letter carver. Her work features in a new exhibition Cutting a Dash - The Female Line. The exhibition showcases the work of 15 female letter carvers whose skills are helping to ensure that an ancient art remains relevant in 2015. Cutting a Dash is at the Lettering Arts Centre at Snape Maltings, Suffolk, IP17 1SP.