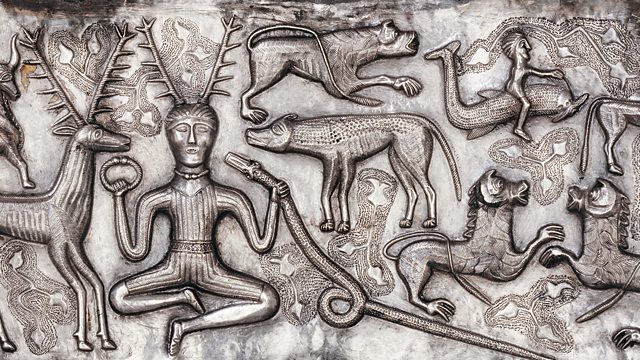 On Start the Week Mary Ann Sieghart explores how far leaders and governments have shaped our world. Matt Ridley dismisses the assumption that history has been made by those on high, whether in government, business or religion, and argues for a system of evolution in which ideas and events develop from the bottom up. The historian Tom Holland revels in the antics of the house of Caesar, from Augustus to Nero, and how this imperial family greatly influenced the ancient world. Barry Cunliffe tells the story of the beginnings of civilisation across Europe and the Far East over the course of ten millennia while the curator Julia Farley concentrates on one of those groups - the Celts - and celebrates their distinctive stylised art in a new exhibition at the British Museum.

Tom Holland is an author.

Dynasty: The Rise and Fall of the House of Caesar is published by Little, Brown.

Julia Farley is Curator of European Iron Age Collections in the Britain, Europe and Prehistory Department of the British Museum.

Celts: Art and Identity is on at the British Museum until 31 January 2016.

Barry Cunliffe is Emeritus Professor of European Archaeology at the University of Oxford.

By Steppe, Desert, and Ocean: The Birth of Eurasia is published by Oxford University Press.

Matt Ridley is a writer.

The Evolution of Everything: How Ideas Emerge is published by Fourth Estate.