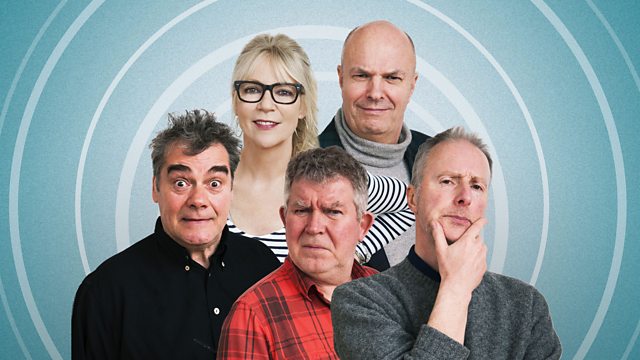 An actor perturbed by his co-star's credits and nonsense from Edinburgh’s most boring man. With John Sparkes. From 2015.

Members of the cast of Channel 4's hugely popular sketch show Absolutely reunite for a brand new series on BBC Radio 4. Pete Baikie, Morwenna Banks, Moray Hunter, Gordon Kennedy and John Sparkes are back together with all new material. They revisit some of their much loved sketch characters for four half hour shows, whilst also introducing some newcomers to the show.

In 2013, the group got back together for the Sketchorama: Absolutely Special for BBC Radio 4 which subsequently won a BBC Audio Drama Award in the Best Live Scripted Comedy category.

The fourth and final episode of the series will feature another meeting of the highly confused Stoneybridge Town Council as well as pearls of nonsense from Calum Gilhooley, Edinburgh's most boring man, and the ever popular Little Girl, telling us what is true about teenagers. Frank Hovis makes an appearance, there will be more stories from those who were nearly there in The People's War, talking Facebook will return and we'll meet an angsting Actor who is very concerned about the length of his co-star's credits.

See all episodes from The Absolutely Radio Show