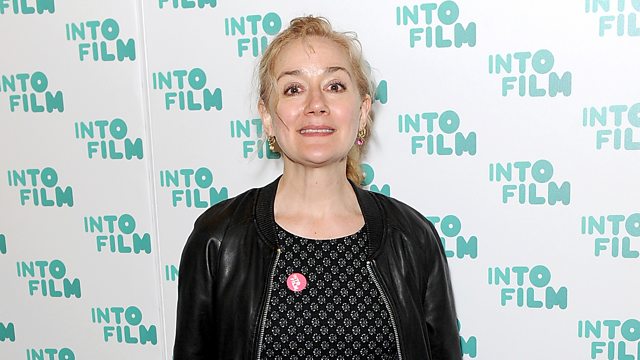 Aasmah Mir and Richard Coles are joined by Sophie Thompson. The award winning actor has appeared in Harry Potter, EastEnders and won celebrity MasterChef in 2014. Sophie talks about how her family, which includes sister Emma and father Eric, narrator of the Magic Roundabout, inspired her to create a cookbook.

Peter Bleksley is one of the experts on Channel 4's TV series Hunted, where the police are on the hunt for 14 'fugitives'. Peter worked undercover for 10 years with the Metropolitan Police and has first-hand experience of hunting and being hunted.

Listener Sara Marshall describes how the cooing sound of wood pigeons helped her through a turbulent year.

Trevor Lyttleton, a Saturday Live listener, talks about Contact the Elderly, a charity he founded 50 years ago aged 29.

Ben Cohen, a member of the England national team that won the 2003 Rugby World Cup, shares his Inheritance Tracks: The Power of Love by Jennifer Rush and That's Life by Frank Sinatra.

Sarah Hyndman is a graphic designer who is an expert in type and the way we respond to fonts. She explains the power that fonts wield over us, how they appeal, or otherwise, and can prompt us to think of food, luxury or tradition.

Sophie Thompson's My Family Kitchen is out now.

Hunted continues on Channel 4 on Thursdays at 9pm.

Carry Me Home: My Autobiography by Ben Cohen is out now. Ben's anti- bullying charity is the StandUp Foundation.

Sarah Hyndman is taking part in the London Design Festival.