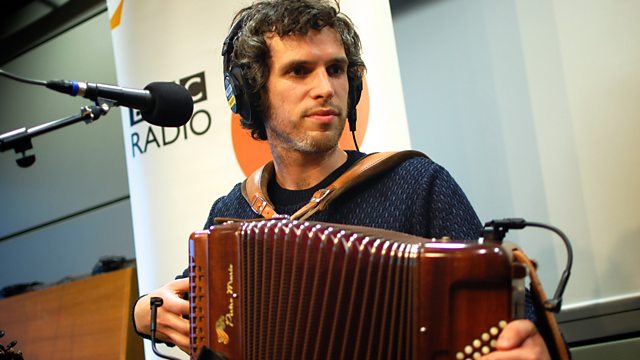 Mark opens the 2016 Young Folk Award for entries and hosts a session from Manx group Barrule.

The Young Folk Award is Radio 2's annual search for the most promising young players of folk, roots or acoustic music. The contest has kick-started the careers of some of British folk's most respected names, including: Bella Hardy, Jim Moray, Jackie Oates and Lauren MacColl.

Stick in the Wheel Interview