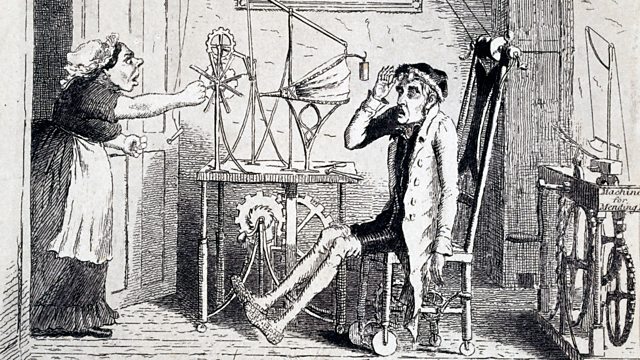 Melvyn Bragg and guests discuss how the laws of thermodynamics put a stop to the idea perpetual motion.

Melvyn Bragg and guests discuss the rise of the idea of perpetual motion and its decline, in the 19th Century, with the Laws of Thermodynamics. For hundreds of years, some of the greatest names in science thought there might be machines that could power themselves endlessly. Leonardo Da Vinci tested the idea of a constantly-spinning wheel and Robert Boyle tried to recirculate water from a draining flask. Gottfried Leibniz supported a friend, Orffyreus, who claimed he had built an ever-rotating wheel. An increasing number of scientists voiced their doubts about perpetual motion, from the time of Galileo, but none could prove it was impossible. For scientists, the designs were a way of exploring the laws of nature. Others claimed their inventions actually worked, and promised a limitless supply of energy. It was not until the 19th Century that the picture became clearer, with the experiments of James Joule and Robert Mayer on the links between heat and work, and the establishment of the First and Second Laws of Thermodynamics.

Ruth Gregory
Professor of Mathematics and Physics at Durham University

Frank Close
Professor Emeritus of Physics at the University of Oxford

Frank Close at the University of Oxford

Perpetual Futility - A short history of the search for perpetual motion

The Museum of Unworkable Devices

Gerald Holton and Stephen G. Brush, Physics, the Human Adventure: From Copernicus to Einstein and Beyond (Rutgers University Press, 2006)