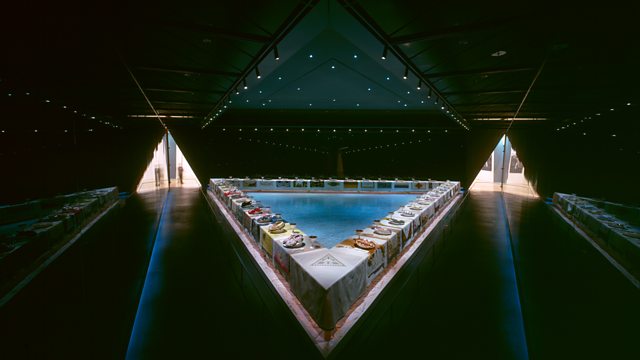 Judy Chicago, the pioneering feminist, on her exhibitions in London this autumn. Adrian Goldberg, of BBC Radio 5 Live Investigates, looks at the evidence behind recent reports of sexual offenses in secondary schools. Sarah Hanafin of the National Association of Head Teachers and Sarah Green, Acting Director of the organisation End Violence Against Women discuss what should be being done to keep children safe in school. Allegra Stratton, Political Editor of Newsnight, reports on the Liberal Democrats conference - a party which now has only male MPs. Tara J Lal on her book 'Standing on my Brother's Shoulders' - learning to live with grief following her brother's suicide. And Boho fashion with the fashion historian Amber Butchart and Kenya Hunt of Elle. Jane Garvey presents.

Folk Band - Stick in the Wheel

If you have been affected by issues in this programme, below is a list of organisations which may be able to provide help and advice.

Survivors of Bereavement by Suicide – (http://uk-sobs.org.uk/)