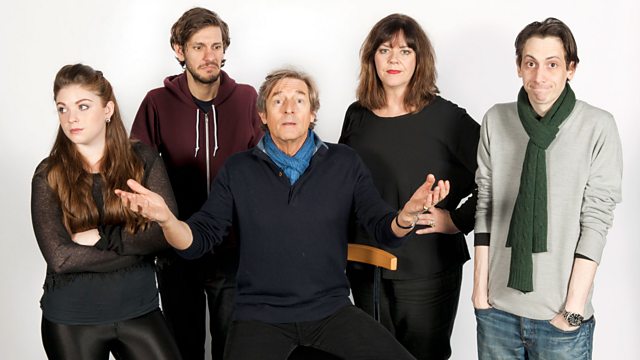 Welcome to Hardacres, the worst advertising agency in London, and setting of Edward Rowett's new series.

In this opening episode, the agency is shaken by the arrival of a new accounts chief, Amanda Brook who is determined to rebrand and re-launch the agency as a legitimate business.

Inept creative team Joe and Teddy, two recent graduates who are still not entirely sure what it is they're supposed to be doing, find themselves fighting to save their jobs and prove they are not quite as clueless as they appear.

Meanwhile, creative director and advertising legend Rupert Hardacre is appalled to discover Amanda expects him to do slightly more than play golf and drink whisky all day.

And receptionist Laura...well, she doesn't care what happens.

The team must work together as they head to the Advertise NOW! Awards and find an answer to the question - how do you advertise yourself?

An Absolutely production for BBC Radio 4 first broadcast in 2015.

See all episodes from Reluctant Persuaders