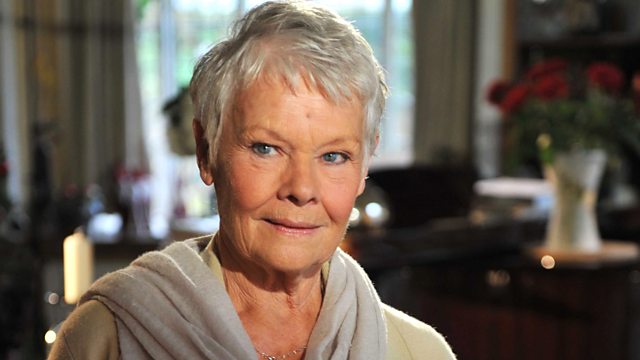 Born into a family with dramatic leanings, she followed one of her older brothers, Jeffery, to drama school. Having abandoned ideas of becoming a set designer, she made her professional debut as Ophelia at the Old Vic in 1957. An illustrious stage career followed in Franco Zeffirelli's Romeo and Juliet in 1960, in Cabaret in 1968 and as Lady Macbeth for Trevor Nunn in 1976. On TV she found huge success in sitcoms - appearing with her husband, the late Michael Williams, in A Fine Romance and with Geoffrey Palmer in As Time Goes By.

She received an Oscar nomination for her first big-screen part as Queen Victoria in Mrs Brown; Shakespeare in Love won her an Academy Award for Best Supporting Actress; Mrs Henderson Presents, Notes on a Scandal, Iris, and Philomena followed. She played the part of 'M' in the James Bond films seven times and is about to appear as Paulina in Sir Kenneth Branagh's production of Shakespeare's The Winter's Tale.

Married to Michael Williams for 30 years, their daughter, Finty, is also an actress.