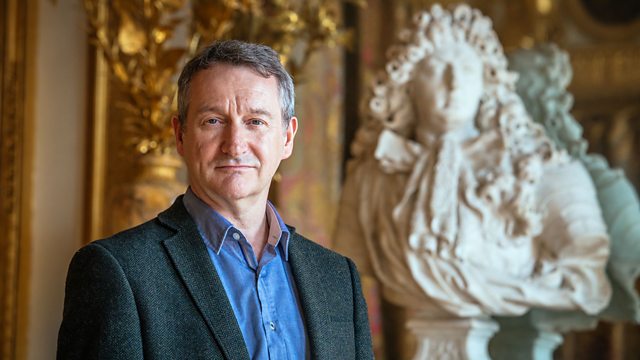 The King Who Invented Ballet: Louis XIV and the Noble Art of Dance

Film looking at how Louis XIV not only had a passion and talent for dance, but supported and promoted innovations that would lay the foundations for classical ballet to develop.

September 2015 marks the 300th anniversary of the death of King Louis XIV of France and this documentary looks at how Louis XIV not only had a personal passion and talent for dance, but supported and promoted key innovations, like the invention of dance notation and the founding of the world's first ballet school, that would lay the foundations for classical ballet to develop.

Presented by David Bintley, choreographer and director of the Birmingham Royal Ballet, the documentary charts how Louis encouraged the early evolution of ballet - from a male-dominated performance exclusive to the royal court to a professional artform for the public featuring the first female star ballerinas. The film also looks at the social context of dance during Louis XIV's reign, where ballets were used as propaganda and to be able to dance was an essential skill that anyone noble had to have.

As well as specially shot baroque dance sequences and groundbreaking recreations of 17th-century music, it also follows Bintley as he creates an exciting new one-act ballet inspired by Louis XIV. Danced by 15 members of the Birmingham Royal Ballet, The King Dances features an original score by composer Stephen Montague, designs by Katrina Lindsay and lighting by Peter Mumford and receives its world premiere on television directly after the documentary.

See all clips from The King Who Invented Ballet: Louis XIV and the Noble Art of Dance (8)