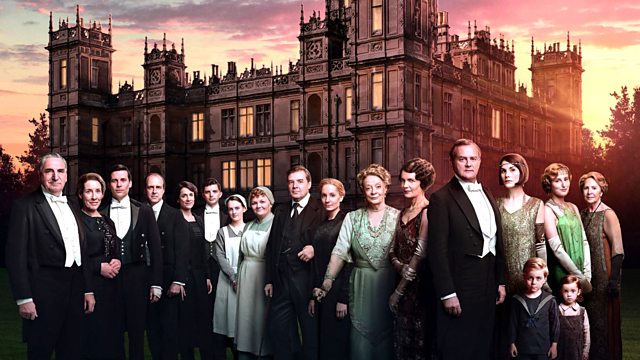 Downton Abbey, Karl Jenkins, The armoury at the RSC

Kirsty Lang with a review of the final series of Downton Abbey, musician Karl Jenkins, armour on stage at the Royal Shakespeare Company and the National Short Story Awards.

The sixth and final series of the award winning TV drama Downton Abbey returns to our screens this weekend. Viv Groskop reviews the new series and asks why Julian Fellowes's drama has had such broad appeal in the UK and abroad.

Composer and musician Karl Jenkins discusses his journey from a modest upbringing in Penclawdd, Wales to becoming one of the world's most performed living composers. He explains his thoughts on creative inspiration and how composing music for an advert gave rise to his trademark sound.

As Henry V opens at the RSC in Stratford, Kirsty Lang meets one of the most skilled costume makers in the world. The Head of Armoury Alan Smith, who makes and fits the stage armour, discusses his craft and Alex Hassell, who plays King Henry, explains how armour helps him get into character.

In the first of our interviews with the authors shortlisted for this year's BBC National Short Story Award we hear from Jonathan Buckley. His story Briar Road impressed the judges with its gradual reveal, as a medium visits the home of a family whose daughter is missing.

The sixth and final series of Downton Abbey begins on Sunday 20 September.

Still With The Music – My Autobiography by Karl Jenkins is available in hardback and eBook. An accompanying album is available on CD and MP3. Voices, an 8-CD box set is released on 25 September.

Henry V is at the Royal Shakespeare Theatre in Stratford-upon-Avon until 25 October 2015.

The first of five short stories in contention for the BBC National Short Story Award 2015, Briar Road by Jonathan Buckley, will be broadcast by Radio 4 on Monday 21 September at 15:30.