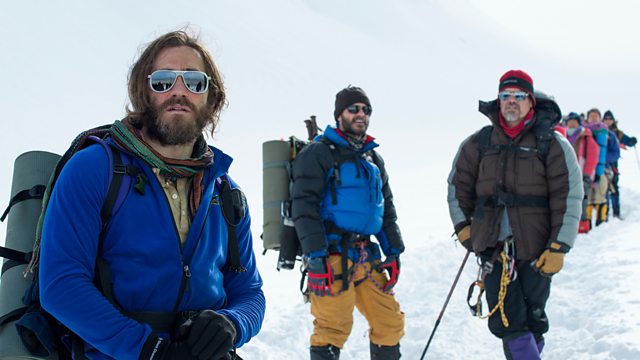 With Francine Stock. Including a discussion on new drama Everest, Alfred Hitchcock's love for the Royal Albert Hall and a look at the Toronto Film Festival.

A new drama Everest depicts what happened to a group of mountaineers on Everest when a storm struck in 1996. Film-maker and climber David Breashears was on the mountain at the time and discusses the practicalities and the problems of recreating the fatal expedition with director Baltasar Kormakur.

Alfred Hitchcock loved the Albert Hall so much that he filmed there three times, including a boxing movie The Ring, inspired by his frequent visits to see fights in the auditorium. Francine follows in the footsteps of James Stewart and Doris Day in The Man Who Knew Too Much, which the director made not once, but twice.

Critic Tim Robey and film buyer Clare Binns run a critical eye over the offerings at the Toronto Film Festival.

Pasolini by Ferrara, How to Change the World, Music for robots

John Waters - The Pope of Trash