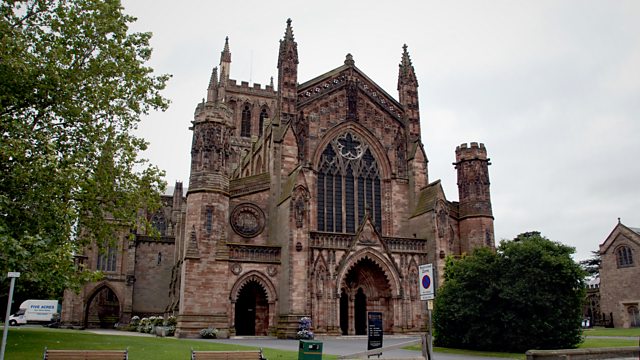 Geraint Bowen conducts the Orchestra of the Age of Enlightenment in Bach's St Matthew Passion at Hereford Cathedral as part of the 2015 Three Choirs Festival.

The Three Choirs Festival celebrates its 300th anniversary in 2015 with a performance of Bach's St Matthew Passion. Artistic Director of the festival Geraint Bowen conducts the Orchestra of the Age of Enlightenment, and the Three Cathedral Choirs, with a line-up of soloists including James Oxley, Matthew Brook, Elizabeth Watts, William Towers, Anthony Gregory and Roderick Williams.

Bach's masterpiece was first performed on Good Friday in 1727, at the church of St Thomas in Leipzig. This was at a time when the Three Choirs Festival had already been in existence for over a decade. Nicola Heywood-Thomas presents this concert from Hereford Cathedral, recorded in July during the 2015 Three Choirs Festival, with interviews from three of the solo artists talking about their roles.