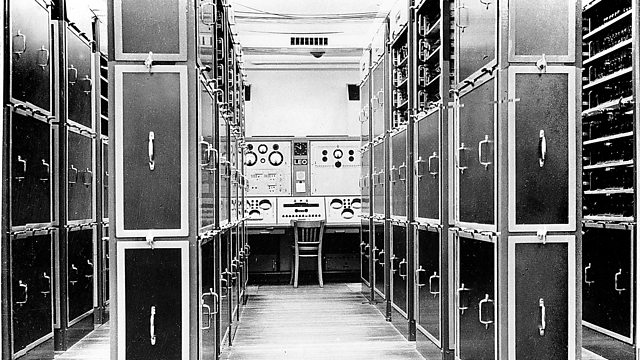 Hannah Fry reveals the surprising story of the chain of British teashops that created the first office computer.

Hannah Fry hears the incredible story of how a chain of British teashops produced the first office computer in the world.

J Lyons and Company was the UK's largest catering company, with 250 teashops across the country. They also owned their own bakeries, a tea plantation and haulage firm, as Dr Tilly Blyth from the Science Museum describes.

By the 1950s, this vast business was drowning in paperwork. Lyons embarked on an ambitious new project to build a machine called LEO - the Lyons Electronic Office.

Sure, these machines could manage maths, but could they handle catering?

Featuring archive from the British Library, the Science Museum and the LEO Society.

See all episodes from Computing Britain