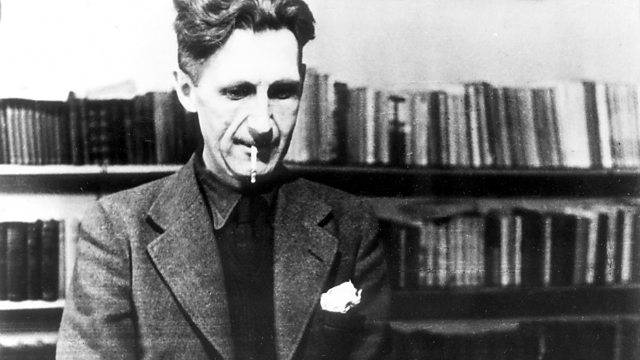 In 1932, George Orwell, then known as Eric Blair, was a teacher in a small public school in London. One of his pupils, Geoffrey Stevens, recalls his experience to Andrew McGibbon.

Andrew McGibbon presents the series that analyses great artists at a significant time in their careers - but from the perspective of someone who worked for them, inspired them, employed them, was taught by them or even did their job for them while no one was looking.

In 1932, George Orwell was still known as Eric Blair and supporting himself by teaching in a private middle school run by tradesmen in semi rural Hayes, West London.

Geoffrey Stevens was one of his pupils during the year that saw him publish his first book - Down and Out in Paris and London - and also change his name from Eric Blair to George Orwell.

Geoffrey, now 96, remembers Orwell teaching him French - badly, Orwell's harsh classroom style and reliance on corporal punishment, his avuncular after school country walks to look for puss moth larva and collect marsh gas, and Orwell directing the school play which he wrote himself.

He recalls how Orwell was driven mad by the school owner's wife playing Baptist hymns on the piano late into the night, the curious role of the school parrot during mealtimes and Orwell coming round for tea with Geoffrey's mum and dad and giving him more homework as a result.

It's a fragment of time that reveals fascinating and mundane insights to George Orwell, a powerful sense of early thirties suburban London during the depression and the story of an underperforming pupil who went on to run two businesses and, at nearly 100, still walks 30 miles a week.